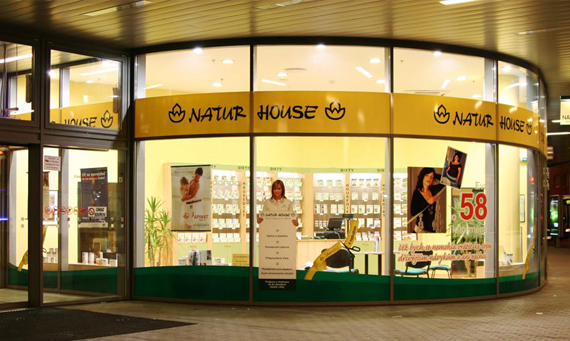 Barcelona, 18 December 2015.- Naturhouse, a company specialising in diet products and dietary re-education, has registered a new company record with 2,121 centres up to November. With this result, the company has opened 70% of the 240 centres forecast for 2015-16.

The number of establishments has increased by 167, more than doubling the number of centres opened in 2014 (64) and, once again, highlighting the considerable interest generated by the brand.

The bulk of the new openings for Naturhouse in 2015 were registered in France, Poland and Italy (with 80, 20 and 51 centres, respectively), showing how the demand for centres in these markets has increased compared to the figures registered in the previous two years.

This positive growth is mainly down to the company’s clear and sound commitment to boosting international growth. Over the last financial year, Naturhouse has increased its international presence to 29 countries, entering new markets in Switzerland, Lithuania and the United States.

In the first nine months of 2015, Naturhouse improved the main figures of its P&L account through the momentum of its international business, improved activity in the group’s domestic market in Spain and the significant increase in centres. The group’s sales have risen to €74.1 million, highlighting the positive development of Poland (+23.2%) and France (+4.5%). Furthermore, EBITDA at 30 September stood at €27 million and the EBITDA margin on sales was 36.4%, considerably more than for the same period in 2014 and the company’s guidance of 35%.

Naturhouse is a Spanish business group listed on the Spanish stock exchange that works in the diet and nutrition sector, with a proprietary and distinctive business model based on the “Naturhouse Method”. The method combines the sale of food supplements with free, personalised advice and monitoring from a qualified specialist. Since it opened its first shop in the Spanish city of Vitoria in 1992, Naturhouse has provided advice to more than 4,000,000 people. The company, which operates in 29 countries, had 2,121 centres at 30 November 2015, both directly operated and franchises. Naturhouse is the only diet food business to be present throughout the whole value chain, from product development and manufacturing to sales and customer assessment. This, alongside the business’ low investment requirements and an attractive return for franchisees, has meant the company has received numerous awards. For seven consecutive years, it has been selected as one of the top 100 franchises worldwide by Franchise Direct.